Jonah Phelon and Richard Moore met in the early 1900’s and joined their ideas in their first motorized bicycle: Phelon’s idea using the engine as a stressed member of the frame and Moore’s two-speed gear drive. Phelon & Moore was born in 1904. By the beginning of WW1, P&M Motorcycles had acquired such a strong reputation for reliability that the military commissioned many motorbikes, forcing P&M to work 24h shifts. From then on P&M or Panther, stayed true to their sloped, long stroke single cylinder concept (much like Harley-Davidson) until the last Panther M120 left the factory in 1966 (using reconditioned Burman gearboxes and Lucas Magnetos, due ceased production of those parts).

Personally I am a big fan of single cylinder engines, I love the sluggish power development of a big single complemented with a nostalgic thumping exhaust note. Taking a relaxed countryside drive without the need to hurry, or feeling that the bike is overpowered really makes my day.

This Panther M100 can offer you that ride, or even better take your wife and kid (s) on a sidecar trip, without hesitation. These M100 600cc engines were the best that P&M made, very strong and reliable (unlike the later M120). This Panther M100 was produced in 1956 and spent the last 20 years in a private Belgian collection. The condition is remarkably original, fitted with the optional dual seat and twin-port exhaust (more efficient and quieter running). After sitting for 20+ years it needs recommissioning obviously.

Panthers are a rare sight in the classic bike scene, and turn up for sale only seldom. This is the chance to own one of these iconic single slopers, take it! 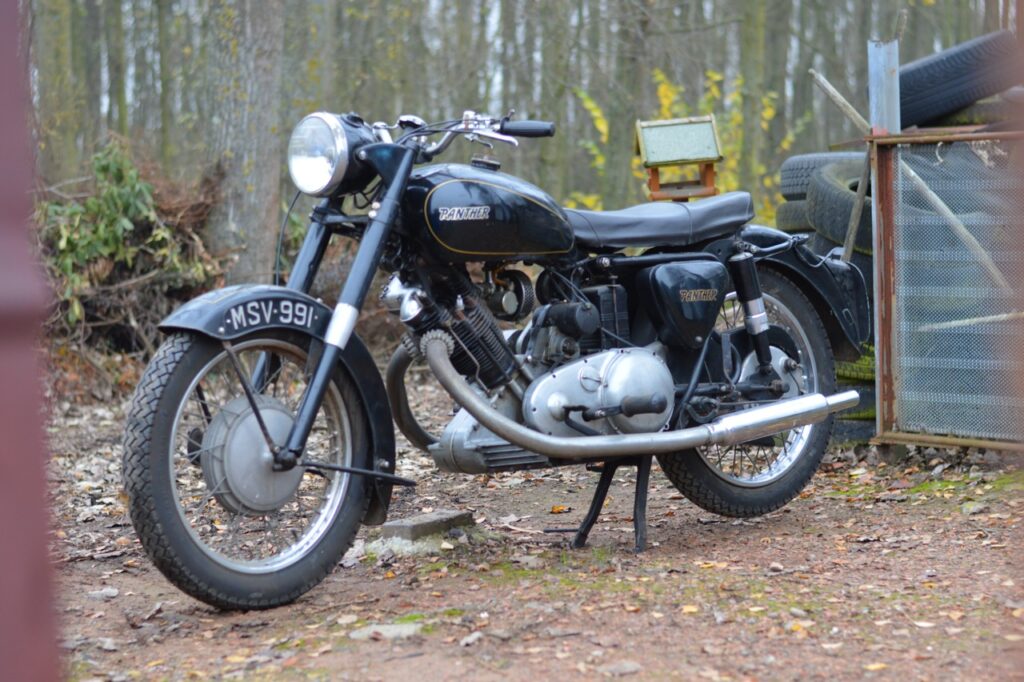 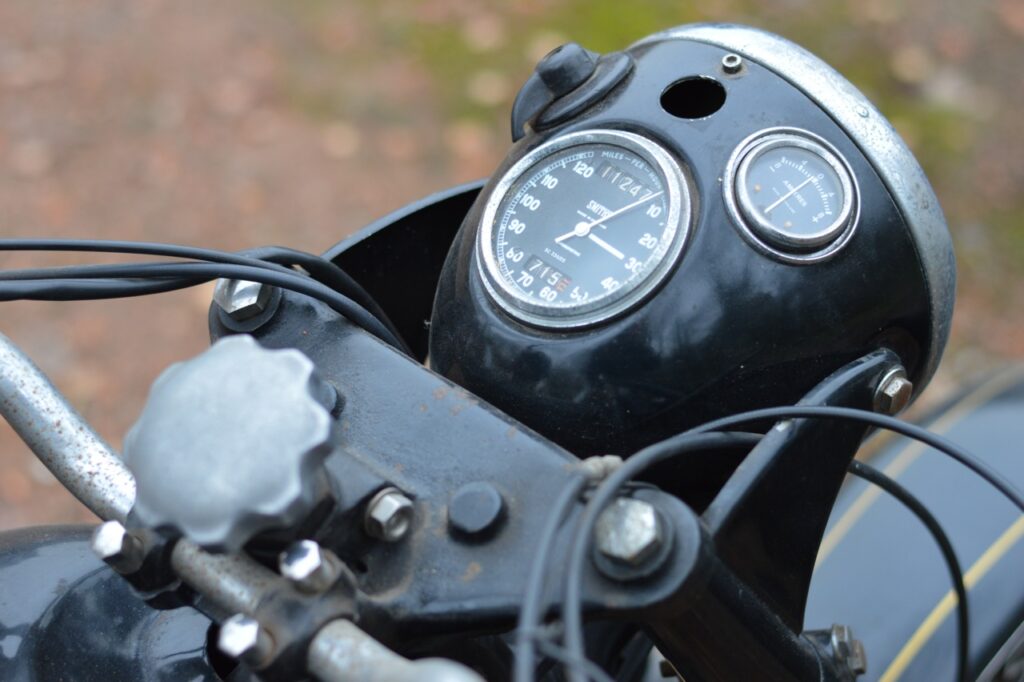 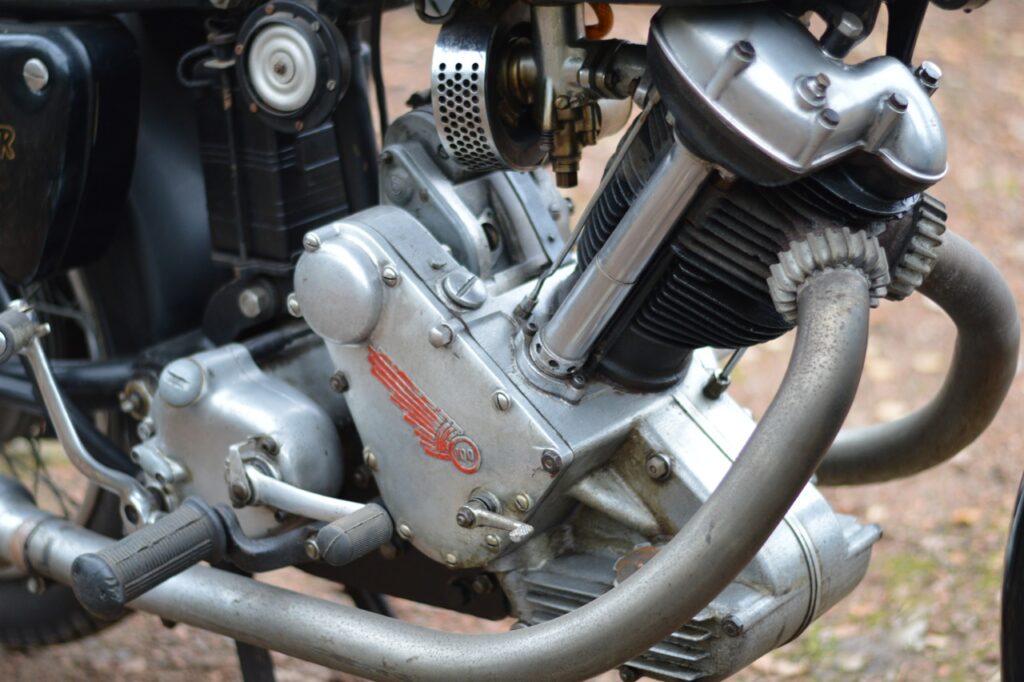